Hold your seahorses! The fish are spawning…

This is my all-time favourite quote from a video game that my brain, just because it can, is currently denying me access to. Nevertheless, it has become my go-to expression when something exciting is about to happen. Once everything has been located, uploaded and duly processed that is. Which, as it happens, is pretty much where we are with the Greenhouse right now.

Guess what? In this, the third ship’s log entry referring to my upcoming professional blog, msstyf.com, also known as the Greenhouse, we are going to get our wet suits on and dive along the timeline to a specific point in our past.  Once there, we’re going to check whether we can glean something of our future by looking at it from the vantage point of our past. Are you up for that?

I wrote the first ship’s log entry on the 5th of January this year. That week I had uploaded my first post on msstyf. Back then, the blog was basically just a white wall; and I had to scribble something, anything, on it to claim that space as mine. To be able to look at a little note nailed to that wall that said it was mine. Because it was such a momentous date in my life. A gamechanger.

My blogs are supported by my readers and my content may contain affiliate links.

If you buy something through a link on one of my blogs, I may earn a small commission

from the seller at no extra cost to you. Thank you!

At the time, I had been working on this project for two years (four if you count the first two years of brain activity), and I had absolutely nothing to show for it. Apart from a set of domain names and an ever-growing hierarchy of media content. But the only one who knew about it was me, and if I could have shown it to anyone, chances are they wouldn’t have known what they were looking at.

Two weeks later, I wrote the first countdown entry. It went up on the 15th of January, and by then I had managed to decide on a tentative colour scheme. I had also made the first header and footer and set up some rudimentary menus and pages. But all I could see, really, was that the world around us was starting to look like duck poop again. The reality that this corona-isolation (I’ve been in full lock-down since March 2020) may very well continue for the rest of my life was beginning to sink in, and the fact that more and more people were calling for the safety measures to end really scared me.

Working on my pirate ship (or big blogging and storytelling experiment if you’d rather be boring but technically correct) is the only way I can escape from the horrors we’re facing, so that’s what I do. Every waking moment I work on my creative writing and my blogs. Mostly, this means thinking about things I want/need to do or problems I have to solve. But as often as my head and body will permit, I’m recording stuff on my dictaphone, sorting text files into publishing orders that make sense to me, and looking for pictures that match certain content. When I can’t do any of that, I pop into Twitter for bit. It’s the loner version of going to the pub to have a natter with the regulars and flirt a little. More than all of that combined, however, I sleep. Or nap to be precise. Sleep, for some reason, eludes me.

Today, I’m here to enter the fact that the third, and final, countdown post was published this week into the ship’s log. Given that I only get so much done any given day, and that most of my time is lost to napping and illness-related stuff, I can’t even explain how this happened, but – excuse my spring howl – I bloody well did it!

The proof really is in the proverbial pudding. My dream for the two coaching cabins, Växthuset and the Greenhouse (one in Swedish and one in English) was to be able to turn the taps on the 16th of September. From there I thought we’d be able to see a slow, but steady, trickle of content begin to fill the shelves and walls in the two cabins with engaging, though-provoking and helpful articles.

The original plan was to be able to officially open the coaching cabins and start plugging them on the 16th of March 2023. On the three-year “anniversary” of my incarceration. I thought that would be special. Something I could be proud of.

It may be worth pointing out that I’m not writing a whole host of new articles for these two blogs. I am mainly curating material I’ve already written over the years and editing it to fit into the blog format. It seemed like a waste to throw them all away when, hopefully, they could be meaningful to you and give you a chance to discover areas of growth and development you may not have considered. Or thought of as a possible path. I really do wish for this to become a place where we can help each other find our paths through an ever-changing reality. And to encourage each other to keep faith and never give up on our search until we’ve found our destination.

And now we’ve reached the crunch of this post. I have two new blogs open and ready to go. Screw waiting a year! The way this year has been going so far, I have decided to kick these blogs off with a series of articles and challenges all focussed on topics such as kindness, goal setting, gratitude, managing stress and fear and how to deal with and overcome grief and hardships. It will still be a bit of a trickle, because I haven’t developed any magical superpowers lately. But what I have developed is a willingness to have people watch work in progress. I wanted these two blogs to be full of well-curated content before I opened them up. Now, I’m just going to roll with it and see how much I can achieve in a year’s time.

And with that, my love, I’m passing the ball to you. What do you say? Shall we decide to meet up in the Greenhouse a year from now? In the best-case scenario, we should find that I’ve published a nice mix of blog posts, themed articles and personal growth challenges. In the worst-case scenario, some spanner or other has been thrown in the works and we’ll have to brace ourselves for disaster. Either way, we’ll have a reason to pop in and have a party.

Just as I now have a reason to pop back into my daily grind.

Thank you very much for your visit! I do appreciate the company, you know, and I look forward to seeing you soon again. 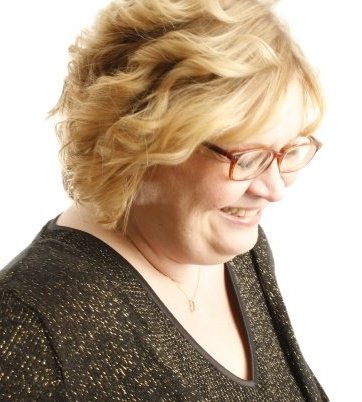 After 25 years of anonymous blogging on a number of free platforms, I decided to go pro and put all of my writings on a private wall. In my personal blogs, I primarily write about personal and professional development; about living the dream; and how to keep on living and loving when everything around you seems to be falling apart.

My ambition is for The Resilience to become a source of inspiration, motivation, joy and love; but I would also like to see this old imaginary ship of mine become a space where we can talk, teach each other, and learn together. Using my knack for storytelling, I’ll dive into my pool of personal and professional experiences to bring a wide range of difficult and diverse topics to the surface.

In addition to the professional stuff, you can expect to find posts where I talk about matters close to my heart. This may include funkophobia, social exclusion, chafing societal norms, mental & physical health issues, racism, poverty, identity, creativity, nerdiness, a lust for life and longing for death.

FINISHED READING? WHAT WOULD YOU LIKE TO DO NEXT?

QUESTION OF THE DAY:

What have you done that really surprised you?

The question of the day is (not surprisingly) related to surprises. I told you how surprised I was to realise I had managed to get so much work done I’m basically a year ahead of schedule with my coaching blogs. Do you have any stories about some time when you managed to surprise yourself in a positive way? Please, let me know in the comment section below. If you don’t want your response to show up on the site, just start your message with the word ANONYMOUS and it will be our secret.

IF YOU WANT TO HELP:

All my blogs are supported by my readers. When you read, share, like, comment, follow and subscribe, you don’t only make me ridiculously happy and grateful; you also help me show google and the other search engines that I exist. This is very important for a small fish who’s trying to grow into a whale. =)

My content may contain affiliate links. If you buy something through a link on one of my blogs, I may earn a small commission from the seller at no extra cost to you.

If something I did, said or wrote resonates with you, or if my content has been useful to you in some way, please consider treating me to a cup of tea. You can also check out my shop page to see if there’s something you’d like in there.

If you have a minute, please consider sliding into the comment sections and tell me something. Like who and how you are, or what you thought of the article or blog post you just read. Ask me anything, and let me know if there’s something you’d like to read about. If you don’t want your response, or name, to show up on the site, just start your message with the word ANONYMOUS and it will be our secret.

I would greatly appreciate it if you would like to share (and like) my posts online. Use the buttons below the texts on the blog page to share them and link back to my site blog from Pinterest, Facebook, Twitter, Linkedin, and Whatsapp etc. If you tag me when you do, I’ll do my best to stop by and say thanks.

You may also share my posts, or quote parts of them, in other contexts. Just remember to add me as the source and make sure you include my name, the title of the article/blog post, and where/when it was published. Here is an example of what this could look like:

IF YOU WANT TO KEEP READING: 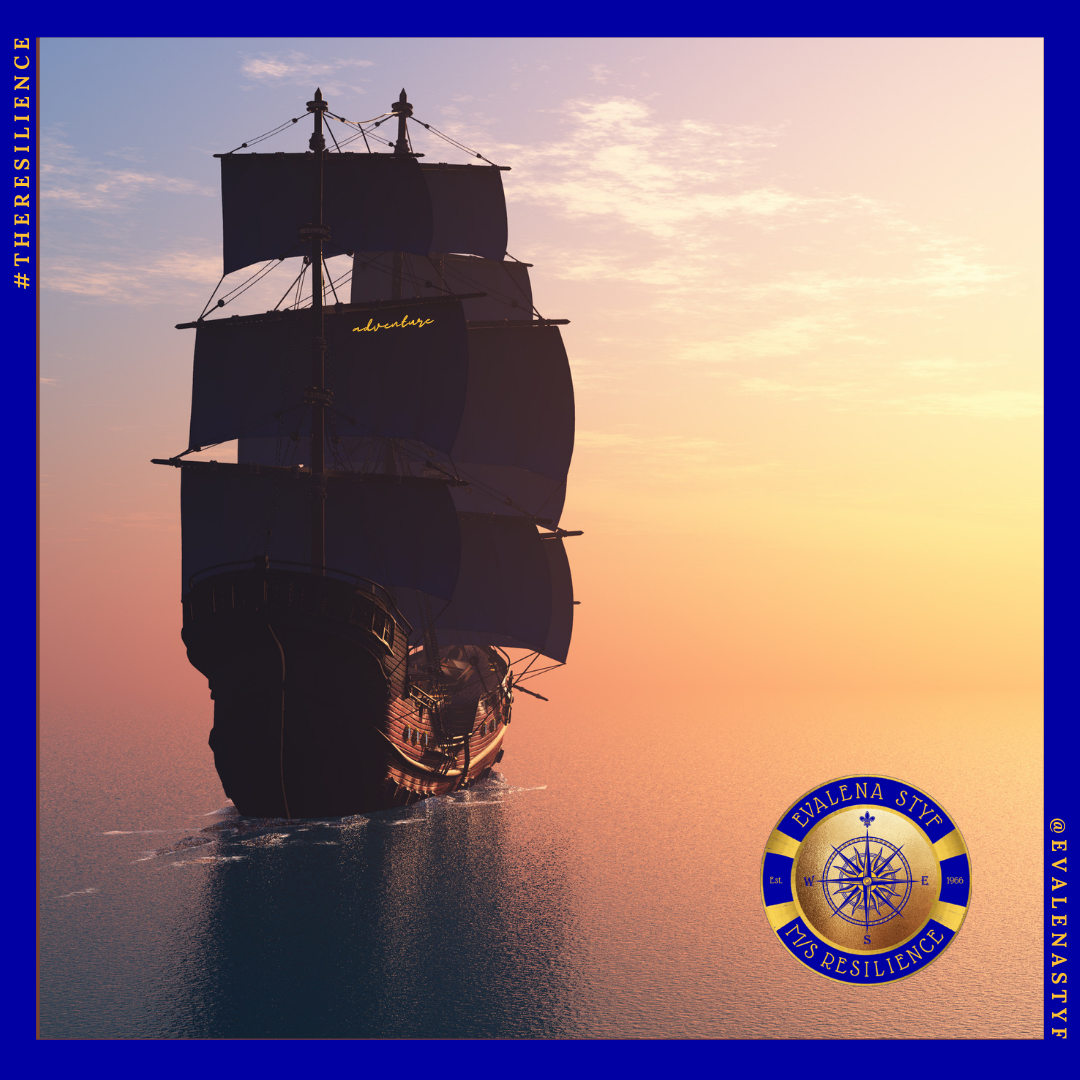 Welcome to The Resilience!
I'm Evalena, your Captain;
a knowsy roll model and prolific content creator on my last great
adventure. Wanna tag along?